The Exway ATLAS Has Everything – Get $50 OFF 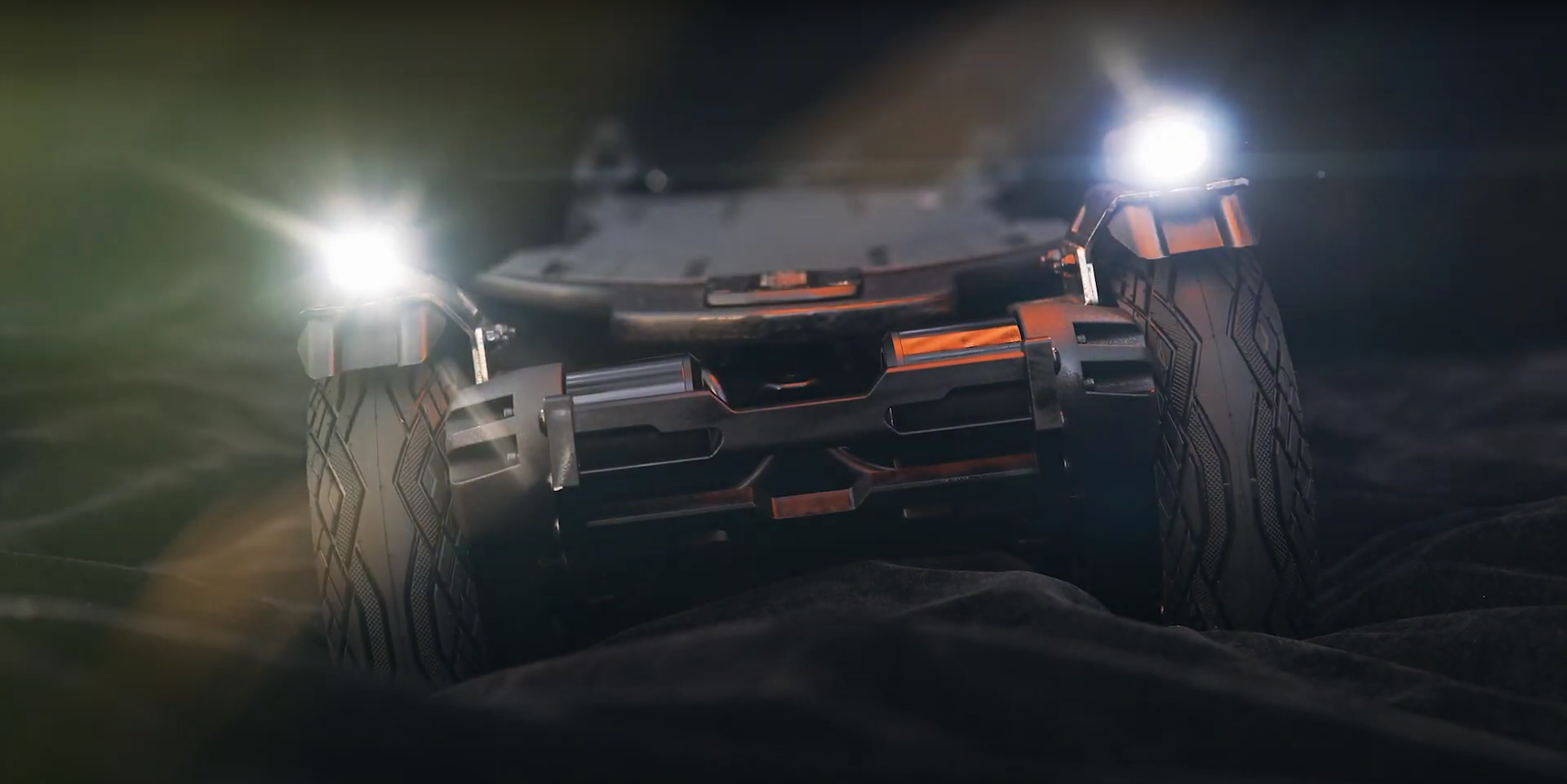 They’ve made us wait long enough, but the brand new Exway ATLAS is finally here!

It’s the most anticipated electric skateboard release since the Evolve GTR.

You could even argue that this is more exciting. The eSkate community has been craving a competitor to the GTR that offers similar performance specs but at a more reasonable price.

And at face value, not only does it look like Exway have delivered on their hype, but they’ve also leap frogged Evolve with something a little extra special.

Exway have launched the ATLAS with two wheel options. First is the All Terrain wheels which is their stock standard set up. The second option is 2-in-1. So you’ll get the All Terrain pneumatic wheels plus a set of PU street wheels.

Unfortunately, you can’t buy the ATLAS with only street wheels. The only way to get them is by buying the 2-in-1 option. This is likely because Exway have streamlined their production process for only AT builds and tossing the Streets into the box if you order the 2-in-1. All to keep costs down.

However, Exway have hinted that they might release a Street wheel only version in the future.

The other exciting option you get to choose is the motor configuration. But it’s not the Hub motor vs Riot kit choice you’ll have to make. No.

You can decide between having a 2WD or 4WD electric skateboard!

Something that Evolve teased but couldn’t deliver.

In total, that’s four different variations of the Exway ATLAS.

When deciding which one is right for you, this is where it starts to get confusing.

Here’s a chart that compares all of the options side-by-side. I’ve even thrown in the Evolve boards for extra emasure.

Basically, between the 2WD and the 4WD, you’re trading range for performance.

BUT! Here’s where Exway have yet again thought of everything.

You can easily swap between the 2WD and 4WD configs.

So you can either get yourself the 2WD now, save up a little more and buy an extra set of motors later down the track.

Or you can get the 4WD now and just drop a set of motors depending on what kind of ride you feel like having on any given day.

So what about the Hub motor lovers?

Exway has suggested that they will be releasing not only hub motor kits for the ATLAS, but they’re also working on bringing out direct-drive motors as well.

And they’re all plug-and-play AND mix-and-match.

Want belt-drives on the rear and direct drive upfront? No worries. Exway have you covered.

what about direct-drive out back and hubs on the front? Yeah, you can do that too.

Currently, the ATLAS is decked out with Double Kingpin trucks which tend to divide the eskate community.

Exway, as they always do, are thinking about everyone.

They plan to release a set of standard Trist Trucks that are compatible with the Exway ATLAS.

Man, they really have thought of everything.

Oh, except for one thing.

The ATLAS only comes with a carbon fibre deck. There’s no Bamboo option. And Exway hasn’t mentioned whether or not they will be releasing one any time soon. Yet…

Overall, the Exway ATLAS is starting to look like it could take out the crown for the Best Electric Skateboard of 2021, and it’s only January.

Of course, we’re going to have to wait to get our hands on one so that we can do our own independent testing and make our minds up for ourselves.

If you can’t wait until then and just want to buy one already, I get it. This is exciting.

Add your choice of Exway ATLAS to your cart and go to Checkout.

On the right-hand side enter the following discount codes (case sensitive):

Boom! You’ve just saved yourself $165 off the ATLAS.

There are only 500 pre-orders. So if you want one soon, you’ll want to move fast.

Plus, if you order before the 5th February, you’ll get a free set of Motor Protection Brackets (worth $49).

Keep in mind that Exway have said that deliveries won’t start happening until around April. 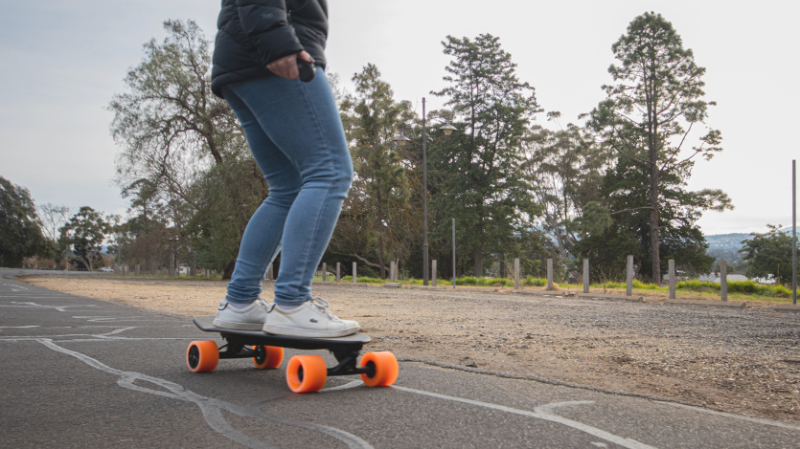 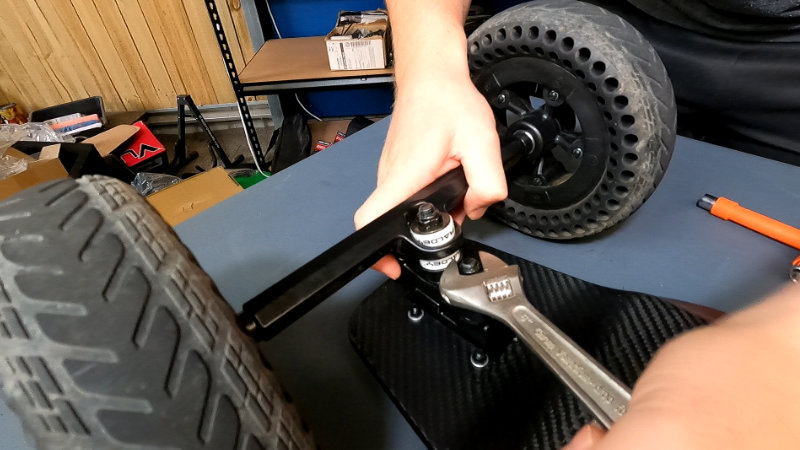 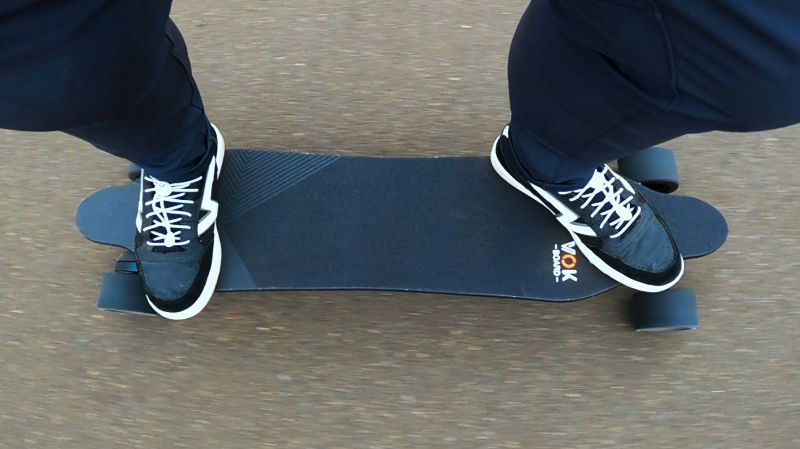 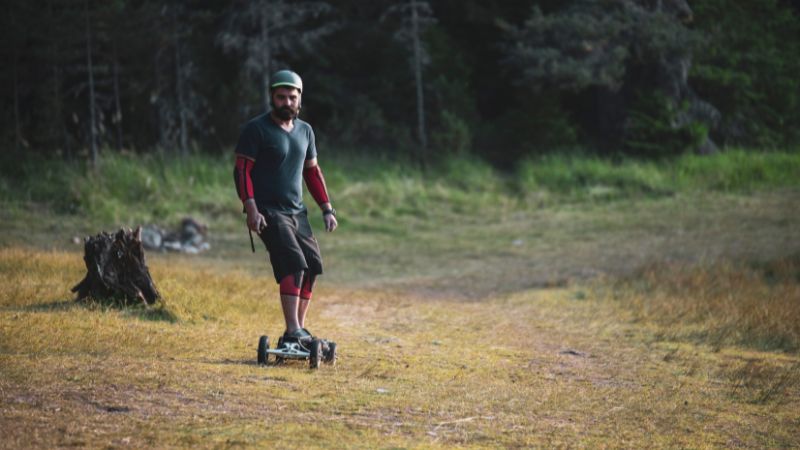 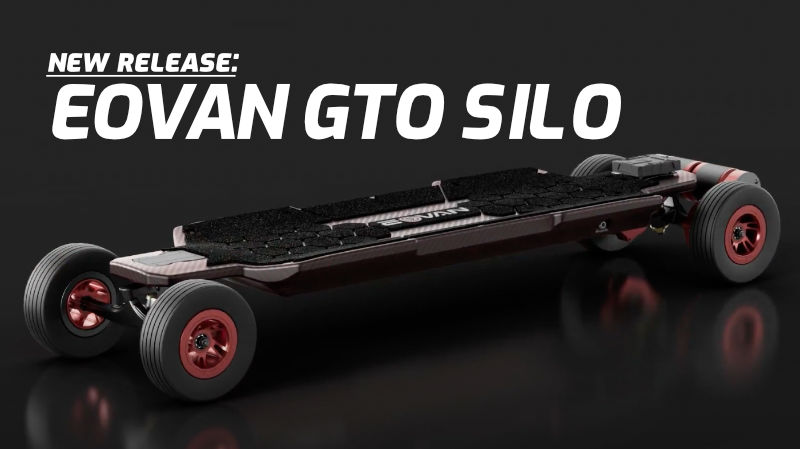 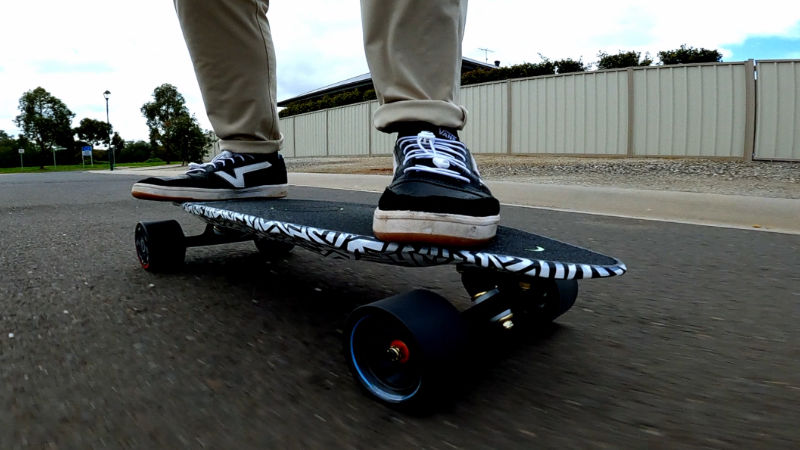 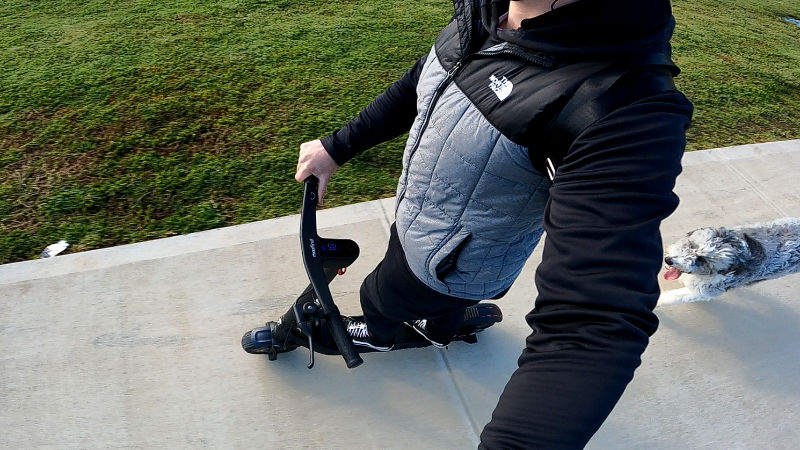 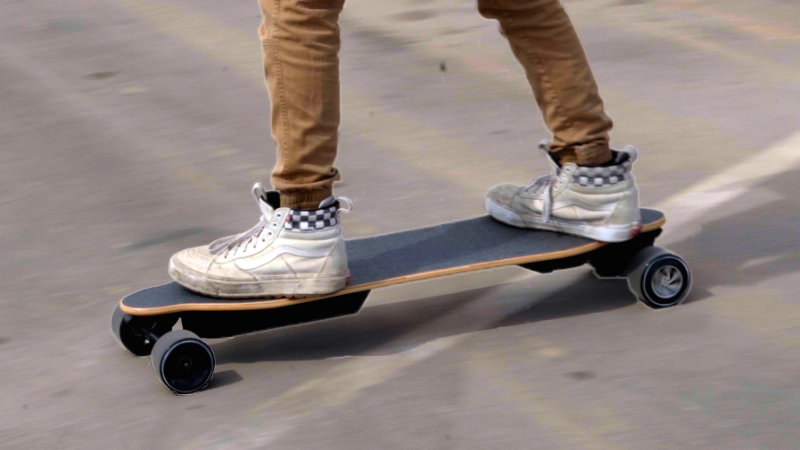 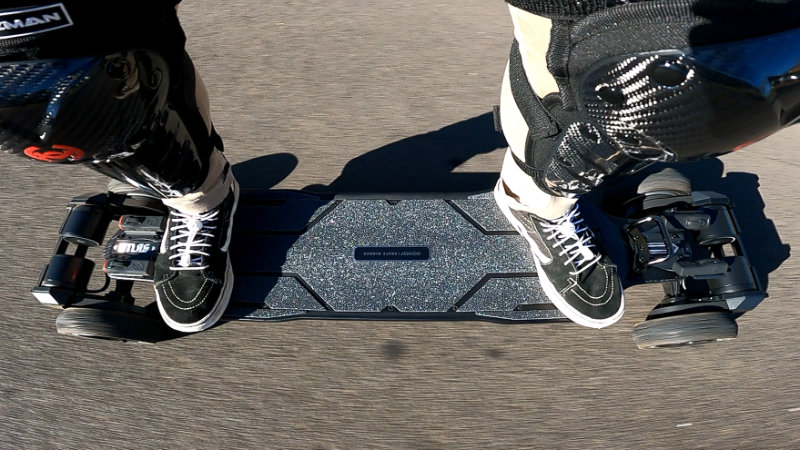 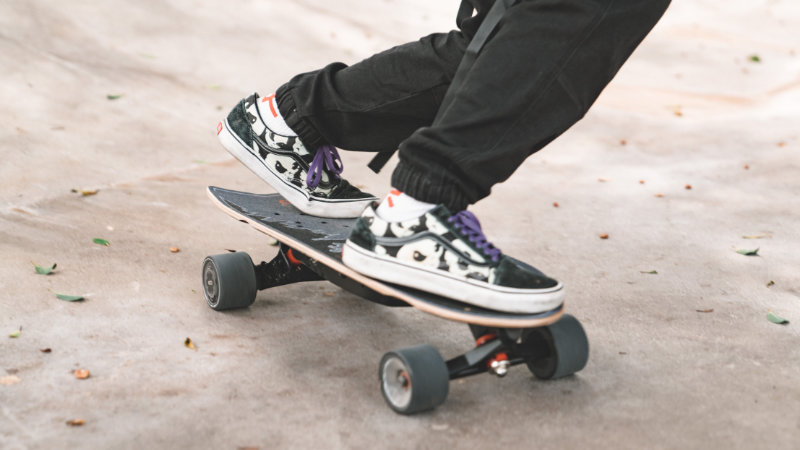 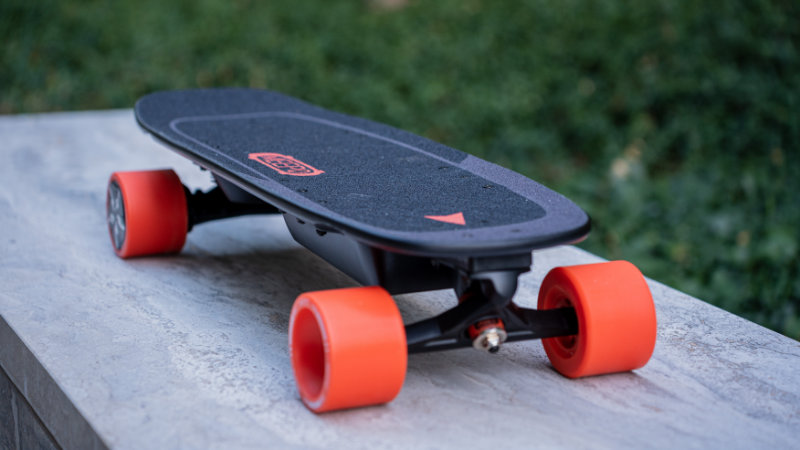