We have a big week in eSkate news today! New releases from Exway, Backfire and Onsra, an electric skateboard that goes over 170km/h, and Thomas BBoy Stretch Doing it for the eskate community.

We saw quite a few new releases and teasers this week. It’s exciting to know that even amidst these crazy times, we’re still going to get new eboards to play with!

Exway has teased at two new electric skateboards to their lineup. The Exway AT “yet to be named” and the Exway Wave.

I can’t wait to do a comparison video of the new Exway AT and the Evolve GTR.

The reason the Exway AT is ‘yet to be named’ is because you can actually submit your own name ideas. And if they select your idea as the board’s new name then you’ll win a custom version of the eboard with your name on it!

They’ve already had over 1,400 email submissions…I’d love to see that list. There’s sure to be some doozies.

There’s not yet any details on specs for either of their eboards, but as soon as I know anything, I’ll let you know.

After the release of these two electric skateboards, Exway will have a full lineup of products that are suitable for any rider.

It takes the same form as their G series boards, BUT this time it’s powered by belt-drives.

Another sign of Chinese manufacturers stepping up into the big boy playground.

Looks like all those “This electric skateboard is better than Boosted and only $500” finally payed off.

This is going to be a really fun board to review. Stay tuned.

The last electric skateboard release I want to mention is the Onsra Black Carve Belt.

If you keep up with Fabi, you’ll know about this one.

So far it’s just a prototype, yet you can still pre-order it if you believe enough in them to deliver in the middle of a global pandemic.

Definitely something to keep your eyes on boys and girls.

Speaking of fast eboards. Check this video out…

I know it’s just in testing, and there’s no rider or other external factors, but I’ve been on one of the Bioboards before and I have no doubt in my mind that they’ve built an electric skatebaord that can go 170km/h!

I’m really looking forward to seeing real world tests of this top speed. But it won’t be me. I like body just the way it is, not broken.

All eskate manufacturers are having to deal with never-before-seen shipping costs due to the global COVID pandemic.

Most are offering customers the choice to either air freight for an extra $100 or they can opt to go with sea shipping which could take 4-6 weeks to deliver.

I can assure you that these eskate companies will still be eating some of the shipping costs. They’re doing everything they can to help you get your electric skateboards.

Finally, to end on a happy note, Thomas BBoy Stretch has been hosting a live Quiz Night on his YouTube channel for the eskate community where you can tune in to have a good laugh, learn something about eskate and win some cool prizes.

The majority of questions are related to eskating with a few general knowledge Q’s thrown in there for good measure.

He said that this week might have been his last, but hopefully he keeps on hosting them because I think they’re great!

That’s it for eskate news this week.

There are a lot of exciting things coming up in the next few months and I can’t wait to share with you all.

Ride safe out there eSkaters, 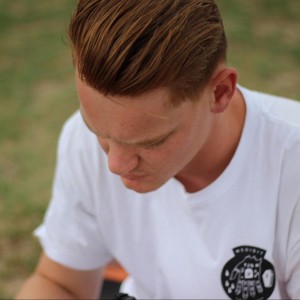 I built eSkate Hub to help people find the perfect electric skateboard for their riding style and needs. I'm a skater, surfer and a bit of a tech-head so eskating is pretty much made for me. Now I want to share everything that I learn about eboards with others that also love this incredible sport!
Guides & Tips

Are Electric Skateboards Legal in Australia?

How To Take Your Electric Skateboard On An Airplane

The Exway ATLAS Has Everything – Get $165 OFF

An Electric Penny Board Worth Considering – enSkate R3 Mini

The Best Places To Mount ShredLights Other Than On Your eBoard

Do you want eskate discounts?

I have a ton of discount codes for various electric skateboards and accessories.

My goal is to provide you with the best electric skateboard reviews, news and information so that you can easily find the eboard that is perfect for you.

· What Is An Electric Skateboard?

Stay Ahead of the Carve

New and improved electric skateboards are being released all of the time. Be first to know about EXCLUSIVE DISCOUNTS so you never miss out on the best deal!

eSkate Hub is a participant in the Amazon Services LLC Associates Program, an affiliate advertising program designed to provide a means to earn fees by linking to Amazon.com and affiliated sites.

A huge thanks to Freepik from www.flaticon.com for the amazing icons on the website.

Loading Comments...
Comment
×
I just wanted to let you know that I use cookies in order to show you the best quality content possible. I will never sell your data. Thanks for eskating by. Learn more.